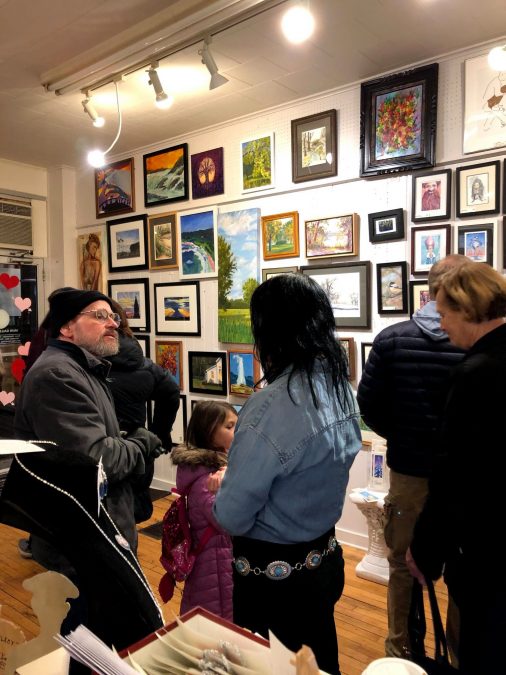 February in Bloomington-Normal looks to be filled with live performances, sports, theater, fun, and a whole lot of love! Whether you’re looking for Valentine’s Day plans or just a night out on the town, we have plenty of upcoming events that will suit any taste!

February 3-5, 10-13, 17-19 | Heartland Theater Company
A loose adaptation of Anton Chekhov’s tragicomedy, Uncle Vanya, this funny and insightful play examines a strange assortment of characters all afloat on a sea of despair, searching and thrashing about for love’s deliverance. All are in love, but with the unattainable. Beauty and mystery are sought—that special glimmer of light that one desperately wants, but cannot quite capture.

February 4 | Bloomington Center for the Performing Arts
Up on the Roof. Under the Boardwalk. This Magic Moment. There Goes My Baby. Dance with Me. Spanish Harlem. Stand by Me. The list of hits goes on and on. THE DRIFTERS…one of Rock & Roll’s founding vocal groups is once again touring the U.S. under the auspices of their original management team.

February 6 | Miller Park Pavilion
Create memories with your child of a special time at this semi-formal afternoon of music and fun. To have a safe event, there will be photos and dancing and the number of participants will be limited. Each child will receive a treat to have at home.

February 8 | Bloomington Center for the Performing Arts
‘That Golden Girls Show!’ is a brand-new show that parodies classic Golden Girls moments – with puppets! Get set for an evening of cheesecake, laughter, jazzercise, shoulder pads, sex, and the elegant art of the quick-witted put down. From Sophia’s get-rich-quick schemes to Rose’s tales from St Olaf, Blanche’s insatiable hunt for men and the Fountain of Youth, and Dorothy’s daily struggle to make sense of her life. Devoted fans will fondly remember our four girls from Miami, and for the first timers, this will be a joyful introduction to the brilliance of that television series.

February 12 | Bloomington Ice Center
February is National Skating Month! There will be skating exhibitions, games, giveaways and a free learn to skate class! Come enjoy a fun filled day at the rink and receive $1.00 off admission!

February 19 | Grossinger Motors Arena
The Indoor Farmers’ Market takes place in the Front Street Corridor of the Arena. Parking is available across the street in the Butler lot. The performing musician will be Adrian Mendez from 9:30 – 11:30 AM. Come enjoy the best of both worlds, live music and supporting local businesses!

February 19 | Bloomington Center for the Performing Arts
This ensemble of accomplished and versatile musicians celebrates the music of Django Reinhardt and Stephane Grappelli’s pioneering Quintette du Hot Club de France. The HCSF borrows the instrumentation of violin, bass, and guitars from the original Hot Club while breathing new life into the music with innovative arrangements of classic tunes and original compositions from the group’s superb lead guitarist, Paul Mehling. Featuring the silken violin of twice GRAMMY® Award-winning Evan Price, the velvet vocals of Isabelle Fontaine, and a swinging rhythm section, the group never fails to surprise and delight.

February 23 | Bloomington Center for the Performing Arts
From the Jim Crow era-South through the turbulent 1960s, Bessie Smith, Billie Holiday and Nina Simone were among the most influential and popular singers of their times. Both within their music and outside of the clubs and concert halls, they wielded their exceptional talents to combat racial prejudice, sexism, and poverty. Whether powerfully and playfully claiming her autonomy and sexuality (Bessie Smith), forcing America to acknowledge the racism pervasive in the American South and beyond (Billie Holiday), or giving voice to the Civil Rights movement with stirring protest anthems (Nina Simone), these trailblazing singers spoke to and for the disenfranchised as women, African-Americans, and artists. All three women defied social norms, embracing self-empowerment through their art