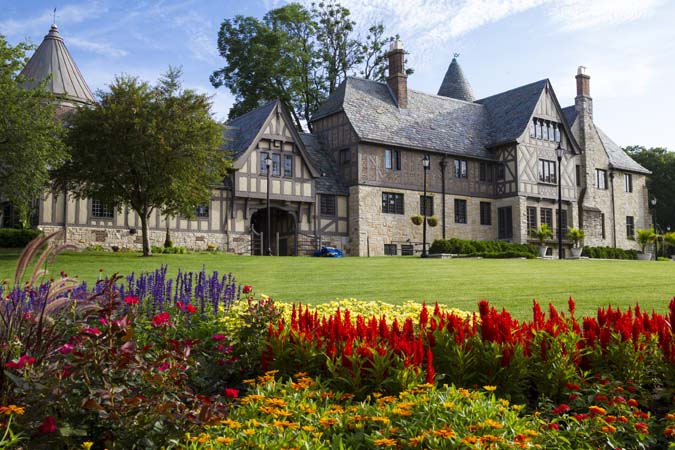 Ewing Manor, located on the Sunset Hill estate of the late Hazle Buck Ewing, sits majestically in the wooded landscape at the northwest corner of Towanda Avenue and Emerson Street in Bloomington. Completed in 1929, Ewing Manor was designed by Bloomington architect Phil Hooten in the Channel-Norman style so favored by the affluent in the post-Victorian period. The surrounding Genevieve Green Gardens were created by noted landscape architect Jens Jensen, who also designed Springfield's Lincoln Memorial Gardens.