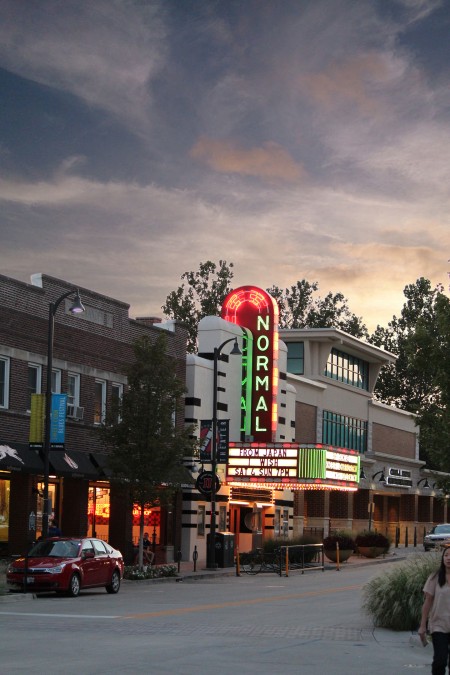 Located in Uptown Normal, the Normal Theater originally opened in 1937 and was the first movie theater in Bloomington-Normal built specifically for sound films. An Art Deco showplace built with streamline design, the Normal Theater has been completely restored to its original condition. It now operates as a film center, showing classic films on the big screen as well as independent and world cinema titles. In addition, the theater is used for a wide variety of non-film events and is available for rentals where assembly seating is required.