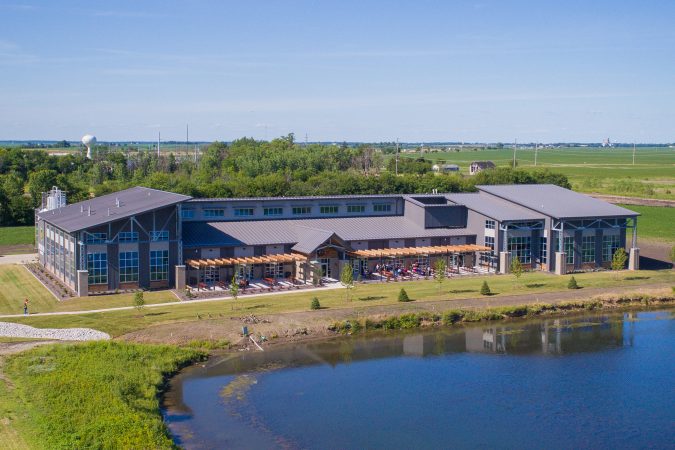 DESTIHL was founded on the promise of supporting flavor and boycotting bland. We're an independent, production brewery that was established in 2013 in Bloomington-Normal, IL to brew beyond the confines of typical beers. In May 2017, DESTIHL opened its new production brewery and attached Beer Hall and tasting room located at 1200 Greenbriar Drive in Normal, IL.

DESTIHL Brewery and The Beer Hall features 48 taps including DESTIHL Beer, Hard Cider and House Brewed Soda. There is also a wide array of "beertails", cocktail inspired beer mixed drinks. Aside from the beverages, The Beer Hall experience also includes a full food menu (including kid friendly options) ranging from burgers and chicken sandwiches, to salads, fried chicken and pork rinds to name a few. DESTIHL Brewery also offers tours Wednesday - Sunday including a free option, $7 tour and beer sampling, and $30 tour, beer sampling and beer & food pairing. Before you head out, be sure to visit the Brewery Shop and take home DESTIHL shirts, glassware, koozies and more!

Tickets for tours can be found online here: https://goo.gl/BJ2Fw5

If you'd love to continue enjoying DESTIHL beer but would rather do so in the comfort of your own home, The Beer Hall offers beer-to-go in the form of 4-packs and 6-packs of 12 oz cans, 500ml bottles, 32 oz crowlers (can growlers), and 64 oz growlers.

Our team combines centuries-old global brewing traditions and new American craft brewing ingenuity & artisanship to produce a wide array of beers for every palate. We brew more styles of beer because we have a passion for brewing and because you have a passion for unique, craft beers. The result is a diverse offering of intensely flavorful beers that are anything but bland, from our award-winning WiLD SOUR Series, barrel-aged Saint Dekkera® Reserve Sour Ales and Dosvidanya® Russian Imperial Stout, to our many Belgian-style beers, IPA's, other wood-aged beers, classic styles and exciting seasonals.

For more information, please visit us at www.DESTIHLBrewery.com

Visit Destihl.com to check out their latest hours.