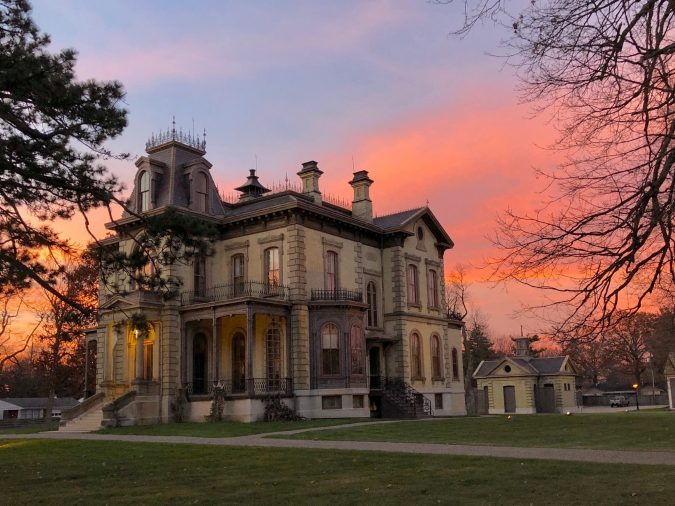 Viewers of the PBS show Downton Abbey are highly anticipating the release of the film, which comes out this weekend. The show followed the lives of the aristocratic Crawley family and those of their servants. Its period costumes, old fashioned romance and lack of texting and tweeting provided a haven for viewers looking to escape the problems of the present. Viewers wanting to experience the magic of Downton will have to travel far; the show filmed at Highclere Castle in the English countryside. If you’re looking to recreate a 20th century experience, Bloomington-Normal is home to several mansions that will provide the perfect Instagram-able experience!

Ewing Manor
Completed in 1929 in the Channel-Norman style, Ewing Manor embodies the grace, elegance and natural beauty of the early 20th century. The landmark includes the Genevieve Green Gardens and a theater, which hosts the Illinois Shakespeare Festival each summer. Public tours of the manor are available every Monday from 4-6 pm, May – October. 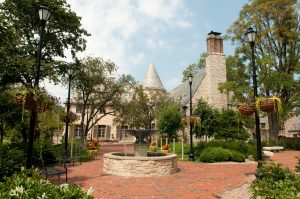 Built in 1869, Vrooman Mansion was once the home of Matthew T. Scott and his wife, Julia. The mansion reflects the taste of the 19th century, and now serves as a bed and breakfast. Each of the seven suites has an individual theme that pays homage to the family that lived there. The mansion hosts numerous events throughout the year, including Downton Abbey themed fashion shows, Steampunk brunches, Titanic 9-course dinners, Gone with the Wind and other themed afternoon teas. 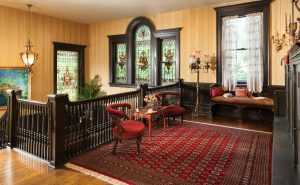 David Davis, mentor and friend to Abraham Lincoln, local lawyer and eventual associate supreme court justice, lived in Bloomington with his family. His 36-room estate was completed in 1872 and gives visitors a glimpse into the life of a Victorian family. The mansion is open for tours Wednesday-Saturday. 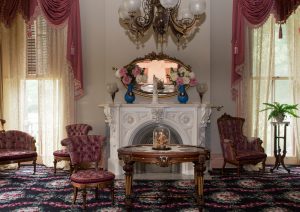