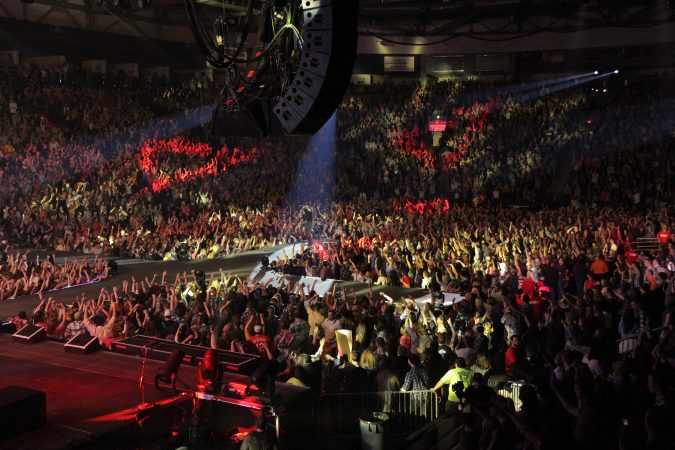 January in Central Illinois can feel a bit bleak on some days, but don’t let the dropping temperature keep you from exploring all of the exciting events and attractions in Bloomington-Normal! Our attractions, performance venues and special events have plenty to offer to keep you busy this winter!

Sports
The Central Illinois Flying Aces will be playing hockey at Grossinger Motors Arena all winter long. Check out our online calendar to see their theme nights and game times. Also at the arena, the 66 Games will be making its debut this month. This e-sports tournament is Central Illinois’s first sanctioned League of Legends tournament. See the best teams in the state compete for the championship at the IHSA Competitive Dance and Cheerleading State Finals.

Broadway Shows
The Great White Way is making its way to Bloomington-Normal this winter. The theatre department at Illinois State University will perform Machinal, while the thespians at IWU will put on a production of A Midsummer Night’s Dream. The hills will be alive at the Bloomington Center for the Performing Arts, as a new touring production of The Sound of Music makes a stop in town. The smash Broadway hit Chicago will sing and dance its way into Braden Auditorium in February.

Special Events
The Pantagraph’s Fish and Feather Expo will be held at the Interstate Center and feature seminars, activities, food, and everything that concerns the great outdoors. To satisfy your sweet tooth, head to Downtown Bloomington and Uptown Normal: Downtown will host the Tour de Chocolat, while Uptown will present Uptown Covered in Chocolate. Both events will feature samples of chocolate at your favorite shops and boutiques.

For more information and a complete list of our attractions and events, go to VisitBN.org or give us a call at 309.665.0033.