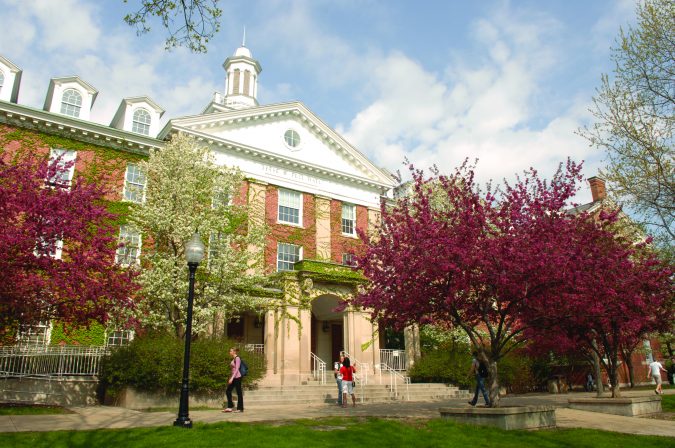 August marks the end of summer and the beginning of the new school year. We want to recognize the important role that our universities and colleges play in enhancing our economy. The Bloomington-Normal Area Convention and Visitors Bureau has a strong relationship and partnership with our universities. Representatives from each university sit on the Bloomington-Normal Sports Commission board, and we co-host several events.

Illinois State University’s event calendar is full all year-round. In January, they host the Illinois High School Association Girls Basketball State Finals at Redbird Arena, which has 15,000 spectators each year. In March, the Special Olympics Illinois State Basketball Tournament is held at Horton Fieldhouse. The tournament is held over three days and sees over 1,700 athletes competing! In June, SOILL returns to ISU for their Summer Games. This event welcomes 4,000 athletes and Unified Partners competing in 6 different sports, along with 1,600 coaches, 2,000 volunteers and 3,300 family members. That totals almost 11,000 people! Illinois State also plays host to various Missouri Valley Conference tournaments, as well as numerous camps, marching band competitions, and other events.

Since 2016, Braden Auditorium has been the host of the Miss Illinois USA and Miss Teen Illinois USA Pageant. Approximately 150 contestants compete in the pageants, which takes place over Labor Day weekend.

Illinois Wesleyan University also does its part to impact Bloomington-Normal’s economy. Shirk Center hosts the Midwest Nationals Wrestling Tournament, which sees approximately 1,000 wrestlers compete. Midwest Nationals brings athletes of all ages and their families from all over the country to Bloomington-Normal. It also has been the longtime home of the State Farm Holiday Classic, one of the largest co-ed high school holiday tournament in Illinois. In addition, the Illinois Top Times Indoor Track Meet and several NCAA regional and sectional events are held at Illinois Wesleyan. Tucci Stadium hosts the Illinois High School Shrine Game, which supports Shriners International. In addition, IWU’s meeting space can accommodate groups as small as eight and as large as 500.

In 2018, the NJCAA Region 24 Baseball Tournament was hosted by Heartland Community College and was played at the Corn Crib. The 5-day tournament brought teams together from eight community colleges from throughout the region.