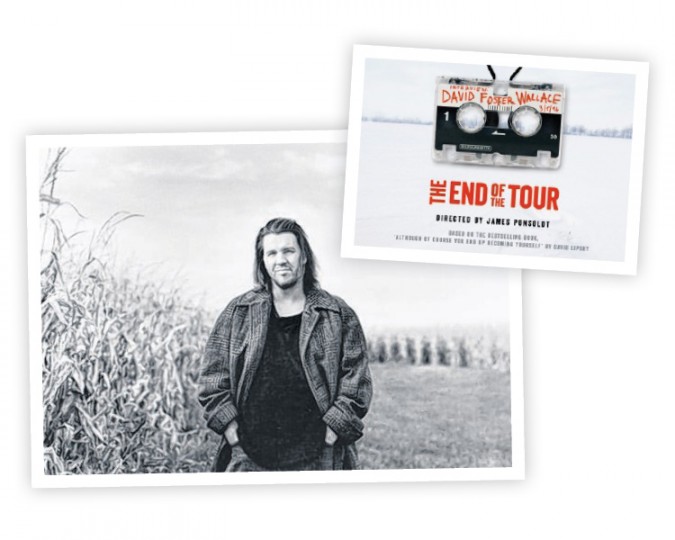 Esquire called it “a work of genius.” The New York Times said that it was “the greatest novel to finish a century yet.” At 1,079 pages, Infinite Jest is not a novel of few words. Its author, David Foster Wallace, was full of them. Before his death at age 46, Wallace wrote three novels, three collections of short stories and numerous essays. As Infinite Jest became a bestseller, Wallace appeared on the covers of Details, Rolling Stone and appeared twice on Charlie Rose.

What most people don’t realize is that there is a significant connection between Wallace and Bloomington-Normal. As an English professor at Illinois State University, Wallace wrote the bulk of Infinite Jest during his time here. His office was located in Fairchild Hall, which was also where the majority of his lectures took place. When literary agents and Hollywood directors flew into town to meet with him, he insisted on meeting them at his favorite restaurants, which included Cracker Barrel and Garden of Paradise. Babbitt’s Books in Uptown Normal was his favorite bookstore, and he often met with students at the Coffeehouse and Deli.

How could a man so internationally acclaimed be so inconspicuous in his own town? Wallace wanted it that way. “He didn’t want to be that guy, the person who is a big public figure,” said Charlie Harris in an interview with the Pantagraph. Harris is a retired ISU English professor and the department head that hired Wallace in 1993.

With the release of The End of the Tour, a film based on David Lipsky’s conversations with Wallace from his novel Although of Course You End Up Becoming Yourself, it is apparent that Wallace’s celebrity has not faded. Because of this popularity, hundreds of people flock to Bloomington-Normal each year to catch a glimpse of the life that Wallace led during his time here. Illinois State University holds a David Foster Wallace Conference each year, complete with roundtable discussions and writing workshops. The Convention and Visitors Bureau has created a self-guided tour where individuals can see where Wallace lived, worked and ate. For more information about the tour, click here.

Despite Wallace’s reluctance to fame, his novels, essays and short stories have impacted and stayed with his readers. According to Harris, “He didn’t want to be a famous writer. And yet he was.”